Our testimonies are for ourselves!

A few years back, I felt led of the Lord to begin writing down the miracles and testimonies that have happened in my life as a gift to my children. In June of this year, I finally completed it and sent it off to my editor for proofing and further refining. The books title is 'Promises Kept' and tells of many of the great things God has done in my life as well as many of the failures and pain. But through it all, God is seen and glorified 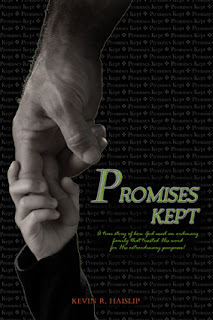 As I wrote it, I tried to be as honest and transparent as possible, even to the point at times of being downright critical of my shortcomings and failings. Indeed, all of us, when we stop to look at our lives through an objective lens, will find fault and ill conceived choices we've made.
The editor I chose for this book is a woman who is an accomplished doctor of education and has been a dear friend of ours for as long as we have adopted. She personally knows many of the stories I write of because she helped us work through them. So it was that I asked her to write the Foreward to the book. It was short and to the point. And I have learned a great lesson from it.
As she relates, there are many stories in these pages that tell of 'rubble' in our lives. Adopting as many children as we did is not easy, nor is it advisable for most families because it often brings turmoil. But the lesson she reminded me of is as good a lesson for me as it is for any of our detractors and critics.
Don't judge before it's time. This is a scriptural lesson found in 1st Corinthians 4. God always has the last word on everything. He takes what looks bad or out of control and turns it around for His glory.
There have been many victories and many defeats and failures through the years, but in all of them, God has shown Himself faithful to us at the time and in the years that follow.
It's not about me. It's about Him!
It was good to be reminded of that.
Kevin Haislip
Posted by Kevin Haislip at 10:10 AM No comments:

Giving when there is nothing left to give...

I have been less than consistently timely in the last year or more with sending out the Daily Chews. I could point to several things that have contributed to my malaise, but two stand out to me. First is that I am tired. Like all to many of us, we find ourselves struggling, trying to make ends meet, trying to make a difference, trying and getting mocked and ridiculed by others for our sacrifices.
Second is that there are two pastors I know who have left the pulpits and write blogs and books mocking and ridiculing those who follow Christ. And I know of other leaders in the Christian community who are very corrupt, mean spirited and preaching false gospels. All of which doesn't cause me to disbelieve, but rather causes me to grieve, which only adds to my malaise all the more.
William Carrol at Times Square Church recently spoke on the power of giving when we are too weak and exhausted to give anymore. It is not something we can do without the power of Christ and His Holy Spirit. Even as Christ hung on the cross that day exhausted, wracked with pain and struggling for each breath, He continued to bless those around Him.
Probably all of us have considered the depth of love He had to continue loving the very ones who condemned Him to die such a horrific death.
It is a love born entirely of the love of the Father for mankind. It is so supernatural that we cannot comprehend it and can only live it when the Holy Spirit moves through us.
There is great evil in this world. Christ overcame evil on the cross. Though Satan fights ferociously and mens hearts are drawn to his evil, our Father still bids us to walk as Jesus walked: dependant on Him, walking in His love, directed by His Holy Spirit.
In the last few weeks, I have received many emails from brothers and sisters in the Lord that were jokes, misinformed clips, and ridiculous items that I have to trust were sent with sarcastic intent. Our patriotic and political musings help us keep abreast of our nation and world. But the Word of God builds us up and sends us out to do His eternal workings. The Lord has been speaking to me again to pick the Daily Chews up and send them out. So I will try to be more diligent.
His Word is the only thing that is eternal and His salvation is the only thing that keeps us from Hell itself.
Let us all be about encouraging one another in Word and in deed in Christ Jesus.
Posted by Kevin Haislip at 9:34 AM No comments: 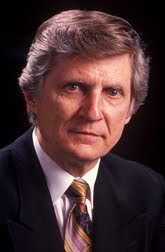 There are few people I have met personally that I have had such high regard for as David Wilkerson. Since his death, I have heard many tributes to him that have used words like 'legend' and 'influential,' but I think Nicky Cruz summed it up best, 'David was a teddy bear.' In the few times I worked alongside him and corresponded with him, David was a giant of a teddy bear. His tender love of people was a reflection of his deep and abiding love of Jesus Christ. The Lord raised David Wilkerson up. Though he was a pastor to a church in Times Square, he was also a pastor to people all over the country and world. If anything, David was a pastor to the remnant of the church, people who want more than anything to enter into a close walk with Jesus. David expressed that heart so well in his messages and life. May God comfort and strengthen Gwen and the whole Wilkerson family in the knowledge of his well lived life.
Posted by Kevin Haislip at 11:46 AM No comments: